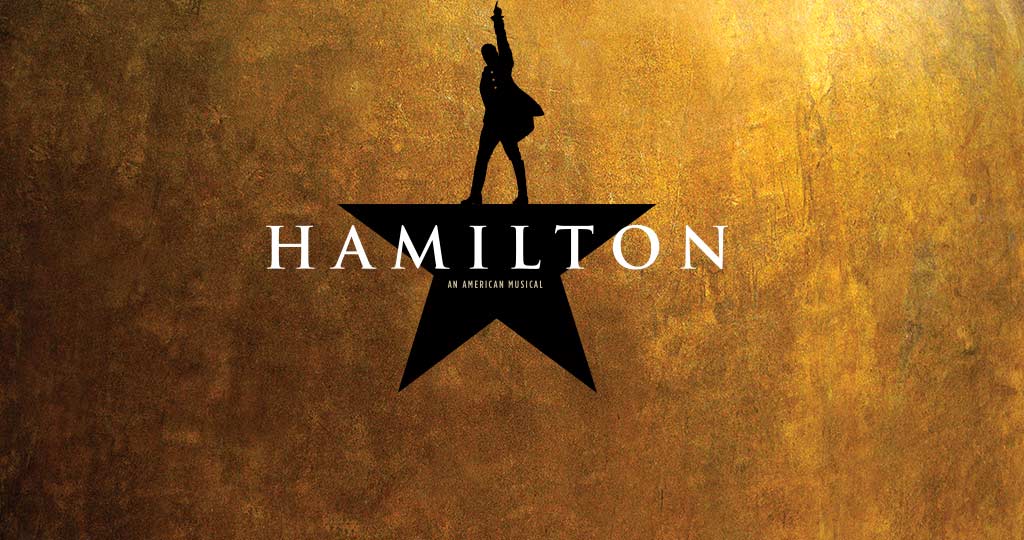 It’s a strange thing, nationalism. While most nationalisms have elements in common (take out the words and national anthems sound pretty much the same) watching propaganda for another country is rather disconcerting. You get all the sound and fury, speeches and parades, but, lacking any connection, you don’t really care about it. I’m sure that if I was American I’d find the stories of the war of independence, the actions of the founding fathers and the creation of the US constitution deeply meaningful and I would consider the importance of these stories to be self evident. Hamilton the musical proceeds on this basis. Its eponymous hero is important because he is a founding father with a low historical profile, best known for appearing on the ten dollar bill. This doesn’t seem enough — lots of people are written out of history. What did he stand for? Why do we need to remember him now? The opening number makes a lot of his humble background: ‘How does a bastard, orphan, son of a whore and a / Scotsman, dropped in the middle of a forgotten / Spot in the Caribbean by Providence, impoverished, in squalor / Grow up to be a hero and a scholar?’. This classic musical theatre trope, that anyone can make it if they work hard enough can rise to the top is an American version of the Protestant work ethic, and the large body of evidence against it does nothing to dent its popularity. ‘If you keep your goal in sight / You can climb to any height / Everybody’s got the right to their dreams’ as Sondheim’s Assassins sing. As they prepare to kill the president.

But surely Hamilton wants to do something specific? Presumably this will be clarified in the obligatory ‘I want’ song, traditionally placed second in the running order? Not really. All we really learn here is that Alexander Hamilton is  ‘just like my country/I’m young, scrappy and hungry / And I’m not throwing away my shot’. Good to know. Of course, like the other founding fathers he believes in gaining freedom from the British monarchy. Who can disagree? I wish we Britons could do the same. If the whole show was about this (rather than just the first half) it would be a straight up anti-imperial yarn, but there wouldn’t be much of a specific role for Hamilton per se. His specific moment turns up in act two – Hamilton,  as the first Treasury Secretary, takes the decision to take on state’s debt and create a strong centralised financial system. So perhaps this show is not really about immigrants rising to the top and actually a celebration of capitalism? Should the I want number not have been — ‘I dream of creating a federal central bank so we can continue to borrow at favourable interest rates’? Gordon Brown would certainly approve.  When Jefferson calls for the US to aid post revolutionary France as it fights the British (‘now is the time to stand/Stand with our brothers / as they fight against tyranny’) Hamilton retorts: ‘If we try to fight in every revolution in the world / We never stop. Where do we draw the line?’ Are we really supposed to be on Hamilton’s side here? Jefferson’s vision of helping revolutionaries around the world seems a lot more inspiring than prudent financial management.

Of course the show isn’t really about the eighteenth-century. Hamilton premiered in 2015 and is steeped in the politics of the Obama administration. Like Obama, Hamilton is fundamentally liberal — focussing on individual advancement whilst being relaxed about structural inequality. The show’s most celebrated move is to have the founding fathers portrayed by actors of colour, and the use of hip-hop is integral to that. (Strangely this approach doesn’t extend to casting across gender — the female performers are all limited to falling in love with Hamilton, rather than getting to fight the British or set up a new government). The racial inversion is fundamentally a liberal approach, rather than a radical one. It’s designed to make everyone feel good about the (white) national story by reading people of colour into it without changing it’s fundamentals. Much like Obama’s presidency. Actors of colour in Hamilton never play actual characters of colour, because most of them would have been slaves, and Hamilton totally avoids the issue of slavery. Why sadden the tone? It’s not as if the subjugation of millions of people is a major part of the American story. Earlier drafts of the show included a third rap battle between Hamilton and Jefferson, in which the latter defends slavery as ‘the price we paid / for the southern states to participate / in our little escapade’. Hamilton condemns slavery but Madison forces him to concede that ‘if we support emancipation / every single slave owner will demand compensation’. Miranda ended up cutting the number saying:

While, yeah, Hamilton was anti-slavery and never owned slaves, between choosing his financial plan and going all in on opposition to slavery, he chose his financial plan. So it was tough to justify keeping that rap battle in the show, because none of them did enough.

Miranda’s honesty is admirable but it leaves a moral vacuum at the heart of the musical. If no-one of the protagonists did enough to end slavery, then maybe put that in the show, portray them as flawed politicians rather than heroes. Or tell the story from someone else’s perspective — an abolitionist campaigner and/or a slave. But then, would that have brought in white liberal audiences in such huge numbers?

But who am I, living in Britain, to criticise the glorious American independence narrative? A British equivalent is hard to imagine, as British monarchs don’t really strive for anything, they just, er, inherit it. We’d have to go back to the days of the Wars of the Roses in the fifteenth century and the I want song would become ‘I want to show everyone that my lineage gives me a better claim to the crown than that ludicrous pretender in Lancaster’ . We can’t do anti-imperial tales because, embarrassingly, we were the empire. Cecil Rhodes maxim of ‘the more of the world we inhabit the better it is for the human race’ is unlikely to lead to a West End hit.   Perhaps we could instead produce Owain! — a celebration of Owain Glynwyr’s Welsh revolt against the evil English.

Hamilton’s ongoing success is partly down to (mis)fortune; the election of Trump in November has cast the Obama administration, and anything associated with it, in a Kennedy-esque glow. For your ticket price you not only get a great show but also 3 hours of pretending the 2016 election result never happened. It’s a lot like the Clinton campaign — say lots of nice things about fairness and responsible government without dealing with the underlying structures of discrimination and inequality. Which is perhaps why Hamilton is so beloved by Blairites and other centrists that are baffled by why their oh so sensible politics aren’t popular like they used to be. The words of the closing song ‘He took our country from bankruptcy to prosperity / I hate to admit it, but he doesn’t get enough credit for all the credit he gave us’ are the elegiac cry of every third-wayer — why aren’t they more grateful? Hamilton could do with being a bit less Blairite and a little more like the socialist from Vermont. With a few Lin Manuel Miranda songs behind him, Bernie definitely would have won.